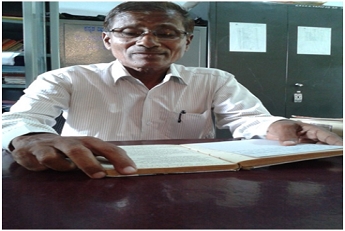 The Department of English language and literature, come into being in the year 1979, with the establishment of the college. It had well equipped and experienced teachers in from of Prof.N.G.Karur and Prof.S.S.Nad, who were not only the pioneer principals of the college, but also English teachers in its true spirit. In the year 1980 N.V.Hanjagi joined the Department Assisting Prin.S.S.Nad and Prof.N.V.Hanjagi has retired on 30th sept 2013. In considering his experience and knowledge. The college makes to rejoin him as guest faculty. Now prof.C.S.Biradar has joined as guest faculty in the department. The torch bearers had set high ideals and same was followed and maintained in the succeeding years. Classes: The Department has to teach compulsory English as basic at BA I BA II and B.Com Ist It has concern with the entire students of these classes it was till 2000 even B.A.III had basic English. Later it has become as MEL for BA-III. In the year 2008 started English as optional subjects. 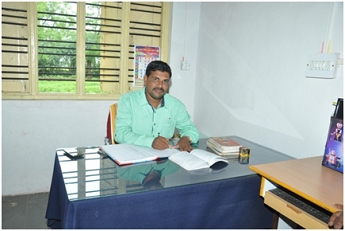 English study is an academic discipline that includes the study of literatures written in the English language. English linguistics (including English phonetics, phonology, syntax, morphology, semantics, pragmatics, corpus linguistics, and stylistics), and English sociolinguistics (including discourse analysis of written and spoken texts in the English language, the history of the English language, English language learning and teaching, and the study of World Englishes). More broadly, English studies explores the production of and analysis of texts created in English (or in areas of the world in which English is a common mode of communication). It is common for academic departments of "English" or "English Studies" to include scholars of the English language, literature (including literary criticism and literary theory), linguistics, law, journalism, composition studies, the philosophy of language, literacy, publishing/history of the book, communication studies, technical communication, folklore, cultural studies, creative writing, critical theory, disability studies, area studies (especially American studies), theater, gender studies/ethnic studies, digital media/electronic publishing, film studies/media studies, rhetoric and philology/etymology, and various courses in the liberal arts and humanities, among others.